We finally had to leave Quagi to re-stock supplies and get some water in the tanks again. A couple camping next to us kindly donated an inflatable boat for the kids that they no longer needed. 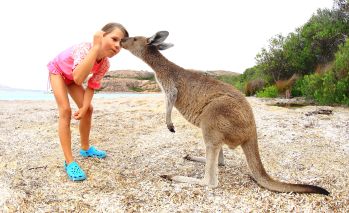 Emus in dunes at Dunn Rock 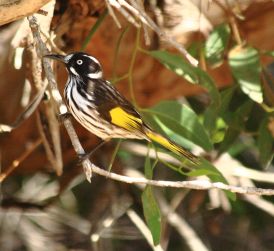 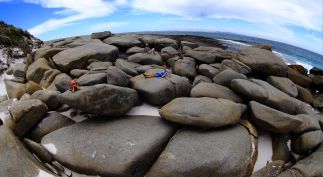 Chilling on the beach boulders

Brumby in front of Frenchmans Peak 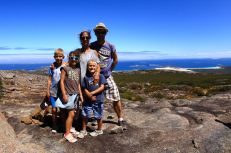 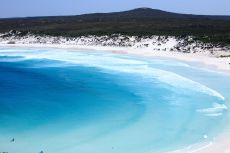 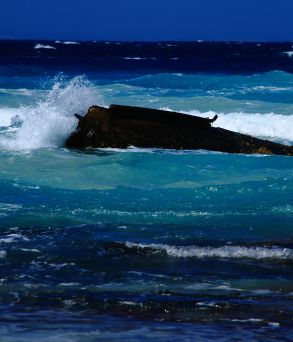 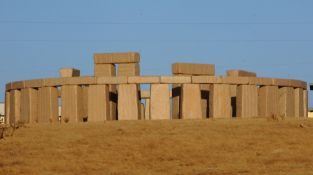 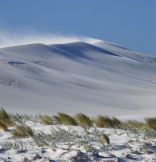 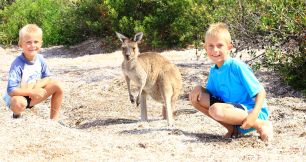 Next stop was Cape Arid National Park and a campsite called Thomas River, ideal for the inflatable boat. We drove the length of the beach, over 24km, then along some 4WD tracks to beaches beyond. Ranger Jo, who was brilliant with the kids told us how to get to the Mt Arid walking track, and even lent us some boogy boards. The next day we conquered the mountain which offers amazing views over the picturesque beaches and park. The mountain itself is very barren with little vegetation and lots of bare rock but well worth the 3 hour return walk. Back at camp I even managed to catch some super-sized herring that were delicious. From Cape Arid it was tempting to head further east to Seal Creek, but we chose to turn back West, passing through to see Duke of Orleans bay and Wharton beach which must rate as one of the most beautiful beaches in Australia, with its pure white sands stretching into the distance. Our next destination was Cape Le Grand National Park and Dunn Rocks, where we could camp on the beach. We arrived as the worst winds we have encountered so far whipped up from the south, giving us a true desert sandstorm experience that piled several tonnes of sand in a pile behind the trailer annex. There were thousands of mouse footprints on the sand in the annex the next morning and it began to look like we still had a stowaway! The weather improved though and before long we were swimming and fishing and the salmon finally arrived for us to start catching dinner! The kids loved playing on the rocks by the camp and Hannah even found a python in a crevice. She also found the mouse again and after it bit her a short chase across the sand saw it dispatched with my leather sandal. No more footprints since! From Dunn Rocks we had planned to head back west beyond Esperance again after checking out Lucky Bay and Le Grand beach campsites, both of which tend to be quite hard to get in at. Arriving at Le Grand first we fell in love with the place and grabbed the last camp spot, a sheltered little spot between the trees, 50m from the beach and with a kids hideout amongst the scrub. Lots of snakes here, a couple of coastal pythons and plenty of Dugites, apparently number 13 on the list of world’s most venomous snakes. Late one evening I stumbled out of the tent to hear the pitter patter of footprints scuttling into the undergrowth, and fearing another mouse infestation I grabbed a torch in time to see a crab disappear into a hole in the undergrowth. Phew! With the crabs and snakes I think we’ll be mouse free for a while. Rob and Kris, who we met crossing the Nullarbor, were at the same campsite, told us that there were wild brumbies that visit the beach daily. Hannah was thrilled and makes it her daily ritual to get as close as possible. It’s just a matter of time before the carrot supply gets raided. The kids have finally been introduced to Geo-caching too and with a few nearby we should be teaching them how to navigate expertly very soon.

We visited nearby Lucky Bay, famous for photos of kangaroos on the beach, but found a cramped and crowded campsite, a beach covered in knee-deep weed, very swampy and compared with other beaches we have seen, only worth the visit for the “kangaroo on a beach” photo. At least some of the roos were obliging on that front

One thought on “Esperance and surroundings”