Family time on the houseboat 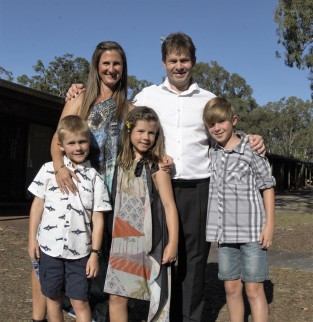 The old shed at Grafton 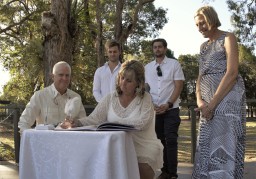 Almost a year after we last left Noosa with heavy hearts the promise of a joyous family occasion saw us departing Sydney in the early hours and heading north for my cousin’s wedding. The plan was simple – drive the 1,060km up the coast in the first day, the kids sleeping for a good 4 hours before dawn, a few stops to stretch legs, swap drivers, grab a quick snack, five nights in three locations then return more sedately via the inland road, taking two days, and allowing time to fossick for sapphires in gem country.

Our first stop was the relative luxury of the Noosa Islander resort and catching up with cousins and their families, who are usually scattered around the globe. The kids took over the pools and spas and we made the obligatory walk out to Hells Gate in the National Park. Only minutes from the main street in Noosa the National Park always presents fantastic opportunities to see Australian wildlife at it’s best. Our British visitors were not disappointed witnessing dolphins swimming close to the shore, dozens of turtles, and even a pod of 4 humpback whales less than 100 metres from the shore. We indulged in the pleasant waters of one of the beaches then looked for Koalas in the Eucalypt forest of Tea Tree Bay.

A short ferry took us across the Noosa river to the North Shore where we enjoyed two days escaping the very popular triathlon and celebrating my cousins wedding. Lots of dancing and merriment – the chocolate fountain was a favourite with the kids and the day passed all too quickly.

We found a baby frogmouth on the ground and a call to Australia Zoo was made. A pick-up was suggested but we didn’t witness it.

Then as the week came to a close an invite to stay on a houseboat for a night changed our plans and we extended our stay a little longer. We fished, swam in the river, caught up with family for a little bit longer, and looked out for Richard Branson on his island in the river, Makepeace island. He wasn’t there!

A peaceful night on the boat, then home the next day – the extra night meant a long drive back in one day and no fossicking this time.