Zebra Rock Mine, Lake Argyle and beyond 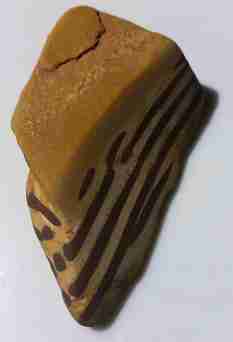 Not far from Sawpit Gorge was the site of the first gold rush in WA, and Old Halls Creek ruins provide a place to explore some of the heritage from that era. Unfortunately, with the prospect of a long drive that day we didn’t stop.
The Duncan Road is a famous 440km stretch of dirt road developed to promote the beef industry in the 50’s and 60’s. Possibly the worst ever memorial, a salmon pink concrete monstrosity, signposted as the Beef Road Monument, lies at the northern end of the road. Apart from that it was a fairly monotonous drive north, corrugated for much of the way, across landscape that didn’t offer much more than some undulating scrub, flat grazing land and lots of termite mounds.
A few kilometres before the end we found the Zebra Rock Mine, an audacious endeavour, commenced 6 years ago by KIm and Ruth Duncan, who hand pegged the 10km square themselves, mine during the wet season and during the dry season pursue other ventures such as the campsite, mine, lake and fishing tours, all important for keeping the operation going. The fish and chips was extremely good despite my reservations about eating a catfish (known as Silver Cobbler), and their scones looked mouth-wateringly good too.
Zebra Rock itself is a unique ancient rock only found in this area, the only other locations now being (or soon to be) underwater in nearby Lake Argyle. At 1.2 billion years old geologists can’t agree whether the unique light/dark colouration patterns are caused by sedimentation or other processes. We scoured the creek bed like hundreds of tourists before and managed to find a couple of small pieces for memories.
Lake Argyle is a huge artificial lake, the second largest artificial reservoir in Australia. Aside from the caravan park overlooking the lake there is very little else there. A lookout gives you an insight to its size, but the best view would be from the air. We had lunch in a very green reserve just below the dam wall, explored the numerous bowerbird bowers for exotic contents (no jewellery yet!) and watched crocodiles cruising the crystal clear waters exiting the dam in the Ord river.
The Zebra Rock Mine has an interesting gallery showcasing many differents types and patterns of the rock, but there are also photos of a young Kim wrangling wild buffalo in the 70’s by hand. It was quite a lucrative, albeit dangerous pastime and when capturing over 100 a day he could earn up to $10k a week! One photo showed a journalist from a national paper in Kim’s buffalo-hunting Landcruiser, jotting notes in a notepad, while Kim ties up a buffalo. That car is still running today and obviously is very dear to Kim’s heart.
On the road north we only had one diversion to see Gregory’s tree. This boab tree was a sacred site for the local aboriginal tribes, however, when early explorer Augustus arrived in 1855 he established camp here as a base. The day they arrived and left is ornately carved into the trunk, an early example of European vandalism, but ironically now has historical significance. Over the 8 months they spent there they explored the Victoria River catchment and travelled inland some 500km to the edge of the Great Sandy Desert.

One thought on “Zebra Rock Mine, Lake Argyle and beyond”