Postcards from Hannah and Xavier 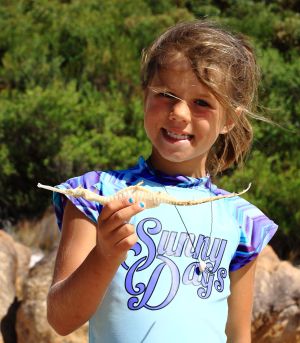 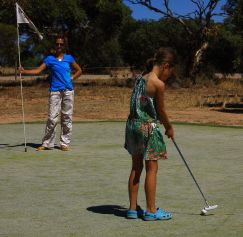 Recently we arrived at Four Mile beach. We set up camp and walked to the beach. We all thought it was the best beach because at the start they saw a snake and when they got on the beach Dad and Mum found dried seadragons. The cool bit was that it was Valentine’s Day. Then the next day my Dad came to the beach with me and found his favourite animal dried. It’s a leafy seadragon, but its head fell off.

I wish I could go back soon.

Recently I have been across the Nullarbor. The first stop was Cactus beach. It was really nice and it was really good because we met some kids from Perlubie Beach and they were coming to Cactus beach. We were very lucky to get some friends to play with that we already knew. After Cactus we went to see Fowler Bay. We didn’t stay there, though we stayed somewhere nearby that was called Fowler Bay National Park. It was full with rubbish but we made sand dune houses out of sand. We had a factory, a toy world, and a caravan park. We mainly spent all of our time up in the dunes.

In Eucla we met a girl called Amber. She owned a park. She let us feed the chickens, the sheep, the geese and the horses. She even let me ride the horse, let me look at the  sheep, geese, and the chickens and horses. Amber has two horses and they are called Dolly and Matilda. We rode Dolly because she was a 20 year old pony and Matilda is a lot wilder than Dolly. My favourite horse was Dolly because we got to ride Dolly and feed Dolly.