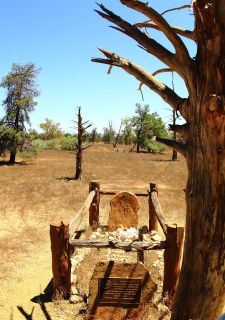 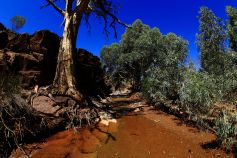 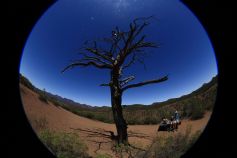 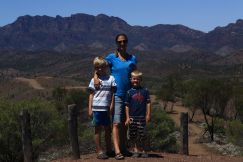 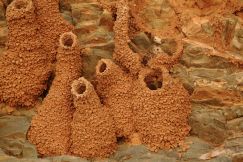 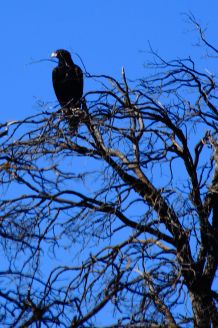 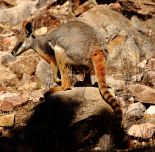 We took the dirt road through Bunyeroo Gorge to the middle of Brachina Gorge, stopped at a couple of the lookouts then entered Brachina Gorge. The gorge is a geological showcase for many rock formations/types over 130 million years from 620+million years to 500 millions ago over a 20km drive. In 2004 a new geological period, the Edicarian, was determined based on fossil beds found in the gorge, that documented many primitive life forms not previously documented (we’d seen these in the museum in Adelaide). We camped nearby at the Trezona campground by the river. Once unhitched from the trailer we explored the gorge and found the recent rains had washed away sections of road, nothing the Pajero couldn’t handle fortunately. The highlight for the kids was Youngoona waterhole where they found enough water to submerse themselves and cool off, catch the enormous tadpoles and watch the birdlife that congregates around the river. My favourite was the rainbow bee-eater, but there were also kingfishers and nests in the cliff that looked like swifts or swallows – anyone who can identify please let us know. Wedgetail eagles frequent the gorges in abundance too.

The morning brought Xavier scampering up from the riverbed with a bat roosting in a curled piece of tree bark.

As we drove out of the gorge we found a mob of yellow footed rock wallabies, the cutest we have seen yet with their hooped tails.