With a full moon imminent, on our return to Broome, we decided to stay a few days to witness the “Staircase to the moon”. Only a handful of times each year, the moon rising at dusk over a low tide in Roebuck Bay, and the light reflected across the sand flats creates the effect that gives rise to the name. Amanda was equally excited to see that there were markets at the same event. Once again expectations had been set high and fortunately this evening they were exceeded. As the moon rose hordes of photographers were in their element for 20-30 minutes, then an explosion of music erupted from the market area. 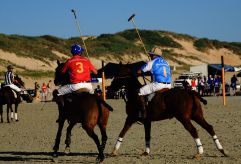 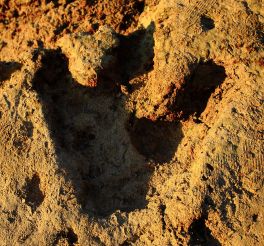 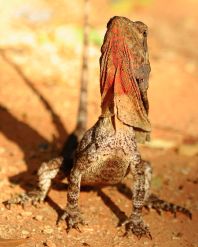 Actually it was a crocodile! 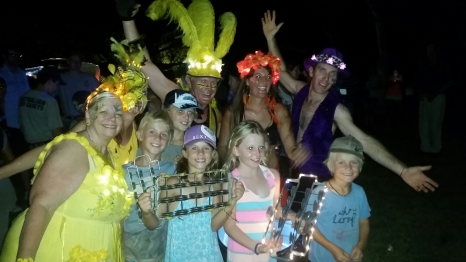 A carnival style band called Wasamba then entertained the audience to a high octane energetic performance of dance and drumming, with colourful costumes lit up with lights. The kids went wild, loving the rhythm, and the crowd loved every minute, so much that everyone left the evening with a feeling of elation, still tapping their imaginary drumsticks.

Also whilst in Broome for a couple of days the tides were just low enough to visit Gantheaume Point to look for dinosaur footprints. When the tide drops below 2.1m for a very short timeframe, history some hundreds of million years old is revealed. Well actually we had to look quite hard as no-one there knew where to look or what to look for. Finally with 15 minutes before the tide was due to turn the footsteps of ancient dinosaurs were exposed on the rock platform, with some still submerged. The kids were more interested in looking for fishing tackle amongst the rocks, and were quite successful at it too.

Another event in full flight during our stay was the Cable Beach Polo event. As I walked onto the beach I noticed a “Beach closed” sign due to sharks. Ironically, a saltwater crocodile had been spotted swimming off the beach but to avoid unwanted negative press while the even was on Sharks seemed to provide an acceptable deterrent to stop people swimming. On such a hot day on the beach the horses were doing it tough but the crowds seemed to enjoy the spectacle and the loud commentary by someone who didn’t appear to know much about the sport.

Meanwhile the famous trains of camels rode to and fro up the beach in the background.

Then we met our first Frill-necked lizard, strutting around the park like he owned it.

It was a very relaxing few days and we didn’t see a lot of what there was to offer in Broome but re-fueled and re-stocked, with the kids having almost completed their schoolwork, it was time to hit the road again, the Gibb River Road.

4 thoughts on “Back in Broome”