Next stop Kurumba (Via Burketown and Normanton)

Having covered quite a few kilometres recently and being behind in my blog due to having no telephone coverage for days on end I had to dig out the map to recall this one! 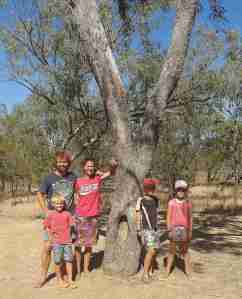 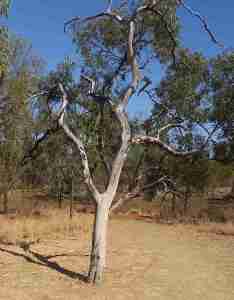 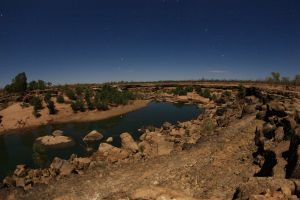 Lost in a cow paddock

Preferring the road less travelled we chose to head north from Boudjamulla National Park towards the Savannah Way and this plan proved way more challenging than it should have been. We got into the habit of opening and closing gates behind us as the road continued but when I looked up after one gate, having driven a hundred metres into the centre of a monstrous herd of cattle, it became obvious the only tracks were those of the cattle. What made it somewhat amusing was the fact that we were still being followed by a very trusting couple of backpackers who had asked us directions, and obviously accepted our confidence. At that moment a stockman drove past on the opposite side of the fence with a freshly killed cow strapped to the back of his UTE. I casually pushed past the cows towards him trying not to look like a goose, but he must have been killing himself with laughter and after a brief polite exchange of pleasantries he put us back on the right track closing with “If you keep going this way you can drive for a week without seeing anything”. Sure he was exaggerating but point made both cars exited the paddock quickly.

With no further significant events the next stop was Bourketown after a very dreary stretch of the Savannah Way. The land is so dry and overgrazed it is quite sad to see herds of cattle, ribs clearly visible, sitting under what little shrub, or tree, cover there remains offering shade, in what can only be described as a dustbowl landscape.

Bourketown has an artesian bore that leaves the ground at a scalding 68 degrees. Drilled as early as 1897, it was found to be suitable only for adult cattle to drink, and the CSIRO in 1959 decreed that it was unsuitable for domestic use, irrigation, the flow was uncontrolled and was leaking. The was a bath house here for a while but nowadays there is just a swampy ground frequented by wallabies and wading birds. The mineral content of the water is so rich that their deposits over the last hundred years have caused the bore to “grow” upwards into an impressive rock structure.

The Savannah Way onwards to Normanton yielded few more surprises or points of interest, however, the big crocodile was awaiting us in Normanton and the kids were getting excited. We chose to stop and camp at the Leichhardt River as we had covered quite some distance already and though the Leichhardt Falls were dry the camp spot was pleasant.

We had a quick fish and caught a shark, interesting as the river level was so low, not tidal here, and we were over 50km upstream from the Gulf of Carpentaria. An arafura file snake poked his nose out of the water, flicked his tongue to check us out then slipped back into the depths. A solid campfire on a crystal clear starry night was the perfect end to the day and I tried to take some long exposure shots. Does anyone know why I am getting different coloured light specks all over the images (no they aren’t the stars)?

A short 2km deviation off the final stretch of the Savannah Way to Normanton takes you to the spot where early explorers Bourke and Wills made camp 119. All but one of the party perished shortly after from starvation and/or malnutrition. The only survivor relied on aboriginal assistance and the tragedy of the story is that the aborigines consider this a fairly abundant region.

In 1861, a dash to the north coast was made from this, their most northerly camp, to the Gulf of Carpentaria. The people remaining at the camp passed their time creating blazes on surrounding tree trunks, and though many have died there are a few remnants remaining, the clearest probably being the Walker tree that was carved the following year after their expedition. Others are marked by a plain steel square nailed to the trunk, identified from early photographs and the distinctive blazes.

Krys the Savannah King was an 8.63m estuarine crocodile that was shot near Normanton in 1957. A supposedly replica statue is proudly displayed in the town centre, and whilst the length may be accurate it definitely seems that actual proportions may have been slightly exaggerated to create the beast that we went to marvel at. For those doubters, compare the photo of the hunter sitting on the corpse from 1957. Don’t get me wrong, 8+m long is huge, but that Normanton statue looks closer to a four-legged T-rex proportion. We had some fun there then pressed on to the Barramundi capital, Karumba. We have yet to bag a barramundi that we could eat!

2 thoughts on “Next stop Kurumba (Via Burketown and Normanton)”