As well as servicing the car and trailer we spent some time exploring a few spots in Perth. Amanda’s school friend Justine and other half Steve kindly offered to put Fifty Toes up in their house so for us this was a luxurious treat.

First stop was a visit to Point Walter on the Swan river where we were lucky enough to see a small pod of dolphins cruising slowly back towards the ocean. The kids swam and then fished off the jetty with tackle they had found and extracted from amongst the pylons and wooden boards. A few toadfish was all they could catch but their squeals of delight were a pleasant change from the fighting squeals we often get in the car. 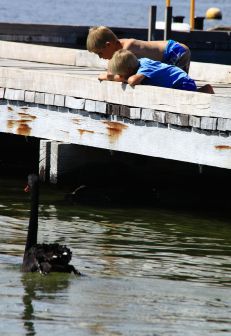 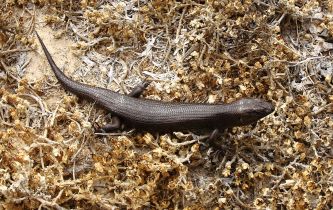 I took the boys to SciTech where three hours just evaporated as we immersed ourselves into a really hands-on scientific experience. The boys favourite was the slime show, but we watched the planetarium show as well, and spent most of the time playing with things like gyroscopes, plasma balls, speed radars (for the record I threw a tennis ball at 100km/h), and much much more. it was so engrossing I forgot to even take any photos. Great value and well worth a visit for all ages up to teens and beyond.

We spent some time in Fremantle too. One of Xavier’s best friend’s family flew in from Sydney and we explored the markets that have everything from fresh tropical fruit and vegetables to indian headdresses! Fish and chips is a local institution so we sat on a boat in the harbour and listened to the live music as we ate our lunch.

Then we had to visit Rottnest Island. An early start saw us boarding the ferry at 7.30am and queueing to hire bikes by 8.10 on the island. First stop, Little Parakeet bay for some snorkelling, then off on our bikes again. Quokkas are the endemic marsupials of the island and we found heaps of the tame little creatures everywhere. Their cute faces and endearing nature could not be missed resulting in many stops along the way.

Oscar, though, was the only one with the willpower to make it all around the island on his tiny single gear bike, once again showing us his enthusiasm on two wheels. Whilst the others turned around half way the two of us got to the western end of the island where we saw the seal colony, king skinks, and even another dugite that I nearly trod on.

That night, we enjoyed dinner with Justine and Steve in Fremantle and saw some of the street theatre festival that was on for Easter. Mr Spin span out his show for too long but his final stunt was good, juggling with a glass of water balanced on his forehead whilst riding a 7 foot high unicycle!

Time was fast running out but we had time to visit Kings Park, commanding glorious views over the city CBD and the Swan river, amazing botanical gardens, and catch up with two new sets of friends from Cape Le Grand.

Dale and Mel had invited us over for a barbeque which was a lovely opportunity to catch up while all the kids paired off again and went wild in their swimming pool.

Ian and Jackie had pretty much been feeding everyone at the Cape Le Grand campsite and after having us over for dinner one night, insisted we stayed with them before leaving Perth so after farewelling Justine and Steve we visited them again just as the weather started to deteriorate again. We’re hoping they join us on the Gibb River road in a month or so!